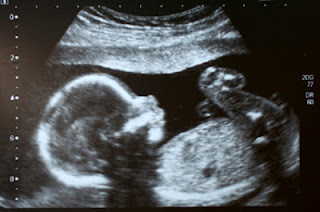 The issue of gender selection has once again made an appearance in the Canadian media. Rajendra Kale, an interim editor of the Canadian Medical Association Journal, recently called for a ban on disclosing the sex of a fetus until 30 weeks, before which time it is difficult to obtain an abortion. The idea is to prevent Canadian parents from engaging in gender selection by means of selective abortion. The overarching fear is that boys are being favoured over girls in some ethnic communities, causing a gender imbalance which could result in a number of social problems.

At first blush Kale’s concern and prescription seems warranted, but like so many other issues that pertain to human reproduction, it is one that is deeply complex and multi-faceted. There are many angles that need to be considered before enacting laws that block health information to parents and potentially limit their reproductive options.

There is no question that gender selection is happening in Canada among certain ethic groups. As Andre Picard recently noted in the Globe and Mail, “Female fetuses are being aborted because, in some cultures, girls are not valued; the birth of a girl is considered a financial burden because she has few prospects of a good income, and a dowry can drain a family’s finances.” In particular, he notes that there is growing evidence showing that sex selection is practiced by some Canadians of Sikh, Hindu and Chinese descent. What is not known, however, is the prevalence of this practice.

It is this rise in selective abortions that has prompted Kale to call for a universal ban on disclosing fetal gender information to parents prior to 30 weeks. It would be a sweeping measure that would impact on those parents who are not interested in gender selection (i.e. those who simply want to know the gender of their offspring) or those who would use selective abortion for “family balancing” purposes, which is the practice of ensuring an equal number of boys and girls in the family.

Indeed, as the family balancing practice indicates, gender selection extends beyond the desire for just boys. Tim Caulfield, the Canada Research Chair in Health Law and Policy at the University of Alberta in Edmonton, aptly notes that, “You may disagree or feel uncomfortable with the practice but people who practice family balancing are not evil or nefarious.” In many cases, parents are doing what they feel is best for their family.

Gender selection is currently prohibited in Canada under Bill C-6 (Assisted Human Reproduction Act). Regardless, it’s no secret that Canadians who wish to choose the sex of their offspring can go to the United States and engage in embryo selection. With this technique, rather than aborting a fetus, embryos of the desired gender are implanted in the mother. Since this practice is illegal in Canada, and because most prospective parents cannot or do not want to go the United States for this purpose, it is likely that selective abortions are being used in its place.

As noted, Kale’s proposed legislation would impact on those families who are looking to have a boy and for those who want to engage in gender selection. Consequently, Kale’s plan can be construed as another way to enforce Bill C-6’s prescription against sex selection. That said, given the apparent demand among Canadians, it would appear that a review of the legislation and the potential downfalls of gender selection is in order.

Moreover, when it comes to considering laws like the one proposed by Kale, legislators need to ensure that they are not conflating the rampant practice of selective abortions outside of Canada with what is happening within in. The situation in Canada is not nearly as severe as it is in India and China where gender imbalances are starting to become statistically relevant -- as high as 120 male births for every 100 female births in some regions. Given Canada’s cultural diversity, it is very possible that gender selection practices will not have a measurable impact on Canadian sex ratios. Consequently, it is imperative that this legislation not be considered until it can be determined that a problem truly exists.

It is worth noting that sex selection can be construed as a problem outside of imbalanced gender ratios; a strong case can be made that gender selection in favour of males is a form of sexism and discrimination against girls and women. Moreover, it may be a practice that exacerbates the problem over time (i.e. the re-enforcement of cultural norms and expectations). If such an interpretation is valid, such a claim would add further credence to the suggestion that gender selection is a larger sociological and cultural problem that needs to be addressed.

Prior to enacting laws that limit information and constrain reproductive choice, it is imperative that due diligence be done in terms of the metrics involved. Mere speculation about the potential pitfalls of the practice is inadequate (the unwarranted hysteria against gay marriage and parenting being a classic example). Some questions that need to be asked include:
It’s been said, for example, that a skewed gender ratio in favour of males will lead to an entire generation of frustrated men unable to find life partners, and that it could lead to increased violence and social unrest. While there may be some truth to these claims, they are far from proven. Such prognostications are not only hetero-centric, they are also potentially sexist. Again, such fears may be warranted, but further studies from different methodological frameworks need to be conducted to ensure that they are genuine possibilities.

Another issue that needs to be considered is the question of government involvement. Having the state limit information and constrain reproductive choice should always be considered a last resort.

Moreover, banning assistive reproductive technologies does little to address the overarching problem that is sex selection; where there is a will there is a way, and families intent on choosing the gender of their offspring are clearly finding ways to get it done. What would be more welcome, and likelier more effective, are public information campaigns. The Canadian government should work to educate the public and sway popular opinion in favourable ways. In addition, in the event of grossly imbalanced sex ratios, the government could compensate those families who voluntarily choose to have girls (e.g. through the child tax benefit program).

Finally, there is the potential for this issue to self-correct. A region with a dearth of girls will create demand, and the pendulum may start to swing the other way. Ironically enough, the practice may eventually result in the re-valuing of girls. Moreover, cultural and economic globalization will mitigate both the cultural and economic factors driving families to choose boys over girls, both within and outside of Canada.

And all this without the need to pass laws like the one suggested by Rajendra Kale. This is clearly a complicated issue and one with no clear-cut answers. What is certain, however, is that much more thought needs to be put into the matter before such legislation is considered.
Posted by George at 4/11/2012

This is the kind of awareness that it appears many individuals in our societies do not wish to engage in... How sad when conceptually, "sperm" in the "Air", is "bullying" the move forward to a more balanced "Consideration" for ALL of the world's people concerned...
Zol