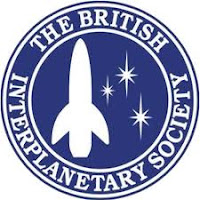 After more than three years of work, and the tragic loss of one collaborator, our paper has finally hit the newsstands. The latest edition of the Journal of the British Interplanetary Society (JBIS Vol 64 No 05) features our article, "Dysonian Approach to SETI: A Fruitful Middle Ground?" My fellow collaborators include Milan Ćirković and the late Robert Bradbury who died suddenly last year.

The paper is behind a pay-wall, but if you ask me real nice I might send you a copy. Here's the abstract:


We critically assess the prevailing currents in the Search for Extraterrestrial Intelligence (SETI), embodied in the notion of radio-searches for intentional artificial signals as envisioned by pioneers such as Frank Drake, Philip Morrison, Michael Papagiannis and others. In particular, we emphasize (1) the necessity of integrating SETI into a wider astrobiological and future studies context, (2) the relevance of and lessons to be learnt from the anti-SETI arguments, in particular Fermi’s paradox, and (3) a need for complementary approach which we dub the Dysonian SETI. It is meaningfully derived from the inventive and visionary ideas of Freeman J. Dyson and his imaginative precursors, like Konstantin E. Tsiolkovsky, Olaf Stapledon, Nikola Tesla or John B. S. Haldane, who suggested macro-engineering projects as the focal points in the context of extrapolations about the future of humanity and, by analogy, other intelligent species. We consider practical ramifications of the Dysonian SETI and indicate some of the promising directions for future work.

Basically, we're suggesting that current SETI techniques are ineffective and dated, and that a new future-oriented approach needs to be taken. More specifically, the folks at SETI need to be looking for those artifacts and signals indicative of a post-Singularity or other highly advanced extraterrestrial civilization. For example, we should be looking for specific signatures that might be emitted from a Dyson sphere or other megascale artifacts. Some other macro-engineering feats belonging to this potentially detectable category include:
SETI has largely been a failure to date, and not necessarily because they haven't had enough time to look. Perhaps SETI has simply been looking for the wrong things.
Posted by George at 1/18/2012