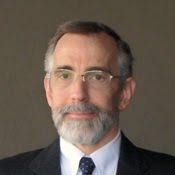 Paul Raven recently interviewed nanotechnologist Eric Drexler for H+ Magazine. Drexler is about to release a book on radical abundance, which should garner a lot of attention and place him back where he belongs as a leading technologist and futurist. Snippet:

Paul Raven: It’s been eighteen years since your last book was published; what are the most significant shifts since then, with respect to the capability for atomic precision manufacture?

K. Eric Drexler: As I discussed in my Oxford talk, my analysis of technologies in this area is based on the exploratory engineering approach, which tells us something about the boundaries of technology based on limits set by physical law. Because physical law is timeless, exploratory engineering methods can yield durable insights. The ongoing development of atomically precise technologies has expanded in the general direction I’d outlined, but with the invention of unanticipated methods, what might be called “expected surprises”.

There’s been extensive progress in atomically precise fabrication, and it’s accelerating. A leading area has been capabilities based on biomolecular engineering and related atomically precise engineering technologies. Protein engineering, structural DNA nanotechnology, and peptoid research are areas where I’ve been closely following developments and engaging with experimental research communities.

I should mention, though, that the APM production systems I described in my talk would look a lot like desktop factories. Not mushy stuff like what you see in biotechnology, but boxes full of machinery a lot more like what you see in 3D printers — cartridges of materials, programmable mechanisms moving back and forth to put bits of material in place, and so on. There are enormous differences, of course, in cost, throughput, materials, product quality, and so on.

Interesting to note that Drexler has replaced the term "molecular manufacturing" with "atomically precise manufacturing," or APM. I also love the term "expected surprises." That can apply to a lot of things, actually.
Posted by George at 12/10/2011