Jared Diamond: Agriculture the "worst mistake in the history of the human race." 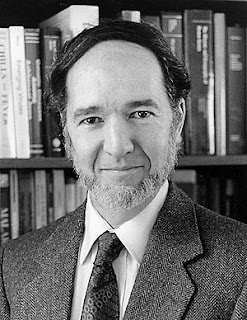 Back in 1987 Jared Diamond wrote a piece for Discover magazine titled, "The Worst Mistake in the History of the Human Race." While I don't necessarily agree with all his claims, Diamond brings up some interesting points that serve to re-enforce the position held by those interested in the ancestral health movement and the Paleo diet. He contends that the advent of agriculture gave rise to not just diseases and epidemics, deep class divisions, and sexual inequality, but to poorer human health as well.

One straight forward example of what paleopathologists have learned from skeletons concerns historical changes in height. Skeletons from Greece and Turkey show that the average height of hunger-gatherers toward the end of the ice ages was a generous 5' 9'' for men, 5' 5'' for women. With the adoption of agriculture, height crashed, and by 3000 B. C. had reached a low of only 5' 3'' for men, 5' for women. By classical times heights were very slowly on the rise again, but modern Greeks and Turks have still not regained the average height of their distant ancestors.

Another example of paleopathology at work is the study of Indian skeletons from burial mounds in the Illinois and Ohio river valleys. At Dickson Mounds, located near the confluence of the Spoon and Illinois rivers, archaeologists have excavated some 800 skeletons that paint a picture of the health changes that occurred when a hunter-gatherer culture gave way to intensive maize farming around A. D. 1150. Studies by George Armelagos and his colleagues then at the University of Massachusetts show these early farmers paid a price for their new-found livelihood. Compared to the hunter-gatherers who preceded them, the farmers had a nearly 50 per cent increase in enamel defects indicative of malnutrition, a fourfold increase in iron-deficiency anemia (evidenced by a bone condition called porotic hyperostosis), a theefold rise in bone lesions reflecting infectious disease in general, and an increase in degenerative conditions of the spine, probably reflecting a lot of hard physical labor. "Life expectancy at birth in the pre-agricultural community was bout twenty-six years," says Armelagos, "but in the post-agricultural community it was nineteen years. So these episodes of nutritional stress and infectious disease were seriously affecting their ability to survive."

The evidence suggests that the Indians at Dickson Mounds, like many other primitive peoples, took up farming not by choice but from necessity in order to feed their constantly growing numbers. "I don't think most hunger-gatherers farmed until they had to, and when they switched to farming they traded quality for quantity," says Mark Cohen of the State University of New York at Plattsburgh, co-editor with Armelagos, of one of the seminal books in the field, Paleopathology at the Origins of Agriculture. "When I first started making that argument ten years ago, not many people agreed with me. Now it's become a respectable, albeit controversial, side of the debate."

There are at least three sets of reasons to explain the findings that agriculture was bad for health. First, hunter-gatherers enjoyed a varied diet, while early fanners obtained most of their food from one or a few starchy crops. The farmers gained cheap calories at the cost of poor nutrition, (today just three high-carbohydrate plants -- wheat, rice, and corn -- provide the bulk of the calories consumed by the human species, yet each one is deficient in certain vitamins or amino acids essential to life.) Second, because of dependence on a limited number of crops, farmers ran the risk of starvation if one crop failed. Finally, the mere fact that agriculture encouraged people to clump together in crowded societies, many of which then carried on trade with other crowded societies, led to the spread of parasites and infectious disease. (Some archaeologists think it was the crowding, rather than agriculture, that promoted disease, but this is a chicken-and-egg argument, because crowding encourages agriculture and vice versa.) Epidemics couldn't take hold when populations were scattered in small bands that constantly shifted camp. Tuberculosis and diarrheal disease had to await the rise of farming, measles and bubonic plague the appearnce of large cities.

Quite obviously one can make a strong case that the agricultural revolution, while awful for human health, was profoundly beneficial to human civilization. Sure, agriculture and civilization has caused some problems, but we are consciously working to lessen the impacts of class divisions, sexual inequality, the ravages of disease, and our environmental impact on the planet. It's because of human civilization and its institutions that we have been able to develop science and technologies that are progressively helping us make this world a better place to live. Now, we have a considerable amount of work to do in this regard—and we may not succeed—but the overall humanitarian benefits that these technologies could bring in the future are substantial.

I'm not one to think that we should have stayed as hunters and gatherers. The human trajectory seems destined for something greater than both our Paleolithic infancy and our current post-industrial adolescence. Here's to hoping that humanity can reach an enlightened adulthood.

Oh, and in the meantime, eat Paleo.

We'll adapt. Even if 90% of us replicate the ancient diet (highly unlikely), even 10% of exposed to the new risks will create evolutionary pressure on the future nutritional needs of the entire human race; given enough time, we will always end up in sync with our food supply, as long as it holds out.

I prefer to eat paleo, but I have to admit: without agriculture, humans never would have invented beer.

If that doesn't count as a major advance, what does?