Is the Adderall shortage on account of rampant off-label use? 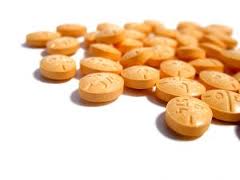 So, apparently there's an Adderall drought going on the United States. Adderall is a prescription med that is used by people suffering from attention deficit disorder (ADD), attention deficit hyperactivity disorder (ADHD), and narcolepsy.  It's also being increasingly used as an off-label cognitive enhancer and for recreational purposes (which I'll get to in just a little bit).

According to Moe Tkaci, who is himself an ADD sufferer, a widespread shortage of the popular pill is "distracting a nation of Adderall users." Given the significant number of users, this isn't something to be taken lightly. Disruptions to prescription medication, particularly for conditions like ADD or narcolepsy, can be the cause of considerable stress — particularly if the drug, like Adderall, has addictive qualities.

Tkaci claims that the problem can be attributed to corporate greed and the industry's indifference to the drug's alleged addictive qualities. Tkaci writes,


The best of the addiction-based business models are "addiction-proof" addictive drug, and the Adderall story is at its core the saga of a nearly century-long quest for this unattainable ideal. Amphetamine salt—Adderall’s active ingredient—has been the subject of heady dispute within the medical profession since the drug company Smith, Kline and French began peddling the stuff in 1935, but for decades just about the only thing medical community generally agreed about was that it was not addictive. The SKF sales department did, however, have a term for the loyalty it engendered among consumers: “stick.”

The dawn of the Drug War eventually in the early 1970s eventually brought an end to the widespread use of those first-generation amphetamines, but naturally they "stuck" around in some circles. And then in the nineties, when upper-middle class America was stricken with a modern epidemic of ADD (and its “hyperactive” variant ADHD) necessitating widespread amphetamine use while simultaneously the nation’s truck stops and trailer parks began falling prey to the scourge of illegal amphetamines—and yet no one ever seemed to link the two—it appeared as though an element of cognitive dissonance about the stuff had also “stuck.” For the same reason crystal meth never found much "stick" as an ADD drug—although it's out there, under the brand name Desoxyn—Adderall users for the most part never identified as "addicts" before the nightmare shortages of this year.

You can map the spread of this rude (albeit unbearably drowsy) awakening on the message boards at ADDForums.com, whose administrators have painstakingly aggregated all Amphetamine Famine-relevant posts into a single "sticky" thread, starting with its early rumblings across flyover country in March, when the first unlucky ADD sufferers in pockets of Texas, Georgia and a few other states began to chronicle tales of the panicked multi-state manhunts and exorbitant ransoms to which they'd been subjected following the inevitable 15-minute pharmacy trip that wasn't. The real panic set in around mid-August, when a supply shock attributed to "back-to-school" season ravaged the suburbs.

Now, I'm sure that much of what Tkaci is claiming is true. But I'm very surprised that he failed to mention a rather important part of this issue: rampant off-label use. It seems obvious to me that a significant portion of the demand (and resultant shortage) of Adderall has to do with all those people who are taking it not because they suffer from any condition, but because they're taking advantage of its nootropic qualities; it's increasingly being used off-label as a cognitive enhancer.

While Adderall is being used off-label across multiple demographics, it's safe to say that students are the most common users. They're the ones looking for a cognitive edge. They're also more tapped into early-adopting neuroenhancing culture. And the numbers back up my suspicion.

And these studies are six and nine years old respectively. My own impression is that about 15 to 20% of students are probably using cognitive enhancers today—if not more.

Looking at the effects of Adderall, one can understand why this is happening. It has some rather remarkable qualities that lend itself to this type of off-label use. In 2009 the New Yorker published a piece, Brain Gain: The underground world of “neuroenhancing” drugs, in which Adderall and other drugs were investigated by Margaret Talbot. In the article she writes about "Alex," a student who claimed that he wouldn't have gotten through college without it:


Alex recalled one week during his junior year when he had four term papers due. Minutes after waking on Monday morning, around seven-thirty, he swallowed some “immediate release” Adderall. The drug, along with a steady stream of caffeine, helped him to concentrate during classes and meetings, but he noticed some odd effects; at a morning tutorial, he explained to me in an e-mail, “I alternated between speaking too quickly and thoroughly on some subjects and feeling awkwardly quiet during other points of the discussion.” Lunch was a blur: “It’s always hard to eat much when on Adderall.” That afternoon, he went to the library, where he spent “too much time researching a paper rather than actually writing it—a problem, I can assure you, that is common to all intellectually curious students on stimulants.” At eight, he attended a two-hour meeting “with a group focussed on student mental-health issues.” Alex then “took an extended-release Adderall” and worked productively on the paper all night. At eight the next morning, he attended a meeting of his organization; he felt like “a zombie,” but “was there to insure that the semester’s work didn’t go to waste.” After that, Alex explained, “I went back to my room to take advantage of my tired body.” He fell asleep until noon, waking “in time to polish my first paper and hand it in.”

What's particularly fascinating, and to me not very surprising, is that the use of Adderall in this setting is not strictly for gaining an edge over other students. Rather, as Alex notes, it's about using neuropharma to tap into the one's full potential. It's enhancement for the sake of being at one's best:


In fact, he said, “it’s often people”—mainly guys—“who are looking in some way to compensate for activities that are detrimental to their performance.” He explained, “At Harvard, at least, most people are to some degree realistic about it. . . . I don’t think people who take Adderall are aiming to be the top person in the class. I think they’re aiming to be among the best. Or maybe not even among the best. At the most basic level, they aim to do better than they would have otherwise.” He went on, “Everyone is aware of the fact that if you were up at 3 A.M. writing this paper it isn’t going to be as good as it could have been. The fact that you were partying all weekend, or spent the last week being high, watching ‘Lost’—that’s going to take a toll.”

Now, that said, Adderall is, like so many other seemingly "perfect drugs," not without side-effects. Some impairment is experienced:


Alex remains enthusiastic about Adderall, but he also has a slightly jaundiced critique of it. “It only works as a cognitive enhancer insofar as you are dedicated to accomplishing the task at hand,” he said. “The number of times I’ve taken Adderall late at night and decided that, rather than starting my paper, hey, I’ll organize my entire music library! I’ve seen people obsessively cleaning their rooms on it.” Alex thought that generally the drug helped him to bear down on his work, but it also tended to produce writing with a characteristic flaw. “Often, I’ve looked back at papers I’ve written on Adderall, and they’re verbose. They’re belaboring a point, trying to create this airtight argument, when if you just got to your point in a more direct manner it would be stronger. But with Adderall I’d produce two pages on something that could be said in a couple of sentences.” Nevertheless, his Adderall-assisted papers usually earned him at least a B. They got the job done. As Alex put it, “Productivity is a good thing.”

In addition, as noted by Tkaci, it also has a certain "stickiness" to it. It's a borderline addictive drug.

The main take-away from Talbot's piece is that cognitive enhancers, including Adderall, do very little to improve one's intelligence. At best it allows for extreme focus, clarity, and motivation—which after a very productive outburst, can give the impression of intelligence. We're still a way's off from having the kinds of drugs, whether on- or off-label, that can actually boost IQ to the degree (and for the duration) that many transhumanists desire. (That said, a case can be made that increased articulateness and focus is a kind of intelligence enhancement, and I'm not one to argue against that.)

And as far as the Adderall shortage is concerned, it's also worth noting that it is increasingly being used as a party drug. Users typically grind the pills into powder and snort it to ensure greater and more rapid impact. Given its ability to focus the user's attention and increase mental clarity, it's not surprising that the drug is being used in recreational settings such as clubbing. Now that Ecstasy is increasingly coming to be seen as a neuro-toxin, I suspect that some people are replacing it with Adderall. It's a viable substitute for achieving a similar kind of "high" and without the negative long-term side-effects (as far as we know).

Which is quite fascinating if you think about it. The current generation of drug users are moving away from psychedelia and more towards function. Today, impairment and a sense of otherworldliness is not as desirable as increased mental function and focus, particularly in social circumstances. People want to be at their best in these settings—something Adderall can help with.

At any rate, Adderall's off-label use is happening because users are getting the desired results. So much so, in fact, that I'm sure it's contributing to the drug's shortage in the United States these days. The time has come for the FDA and other institutions to stop sitting on their hands when it comes to this kind of use. It's clearly an issue that's not going away any time soon. Demand is demand, and so long as safety and efficacy can be assured, both regulators and developers need to take notice.

In fact, when off-label use is through the roof like this (i.e. when a certain critical mass is surpassed in terms of usage), regulators should compel drug developers to conduct further investigations into the so-called unintended effects of the drug. This will not only ensure the eventual safety and efficacy of these drugs, but it may also provide an opportunity for Pharma to market an entirely new set of drugs. In such cases, user demand is satiated, safety/efficacy assured, and Pharma gets to sell a drug that was developed for something entirely unintended. It's win all around.

But first thing's first; the concept of neuroenhancement needs to be normalized in society. We're not there yet, but it's happening.
Posted by George at 11/24/2011