Propaganda 2.0 and the rise of 'narrative networks' 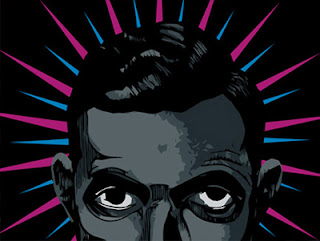 DARPA, the Pentagon's advanced concepts think-tank, is looking to take propaganda to the next level and they're hoping to do so by controlling the very way their targets perceive and interpret the flow of incoming information. The Pentagon believes that by engaging in 'narrative control' they can alter an individual's grasp on reality and the way in which they evaluate current events. Simply put, DARPA is looking to shape minds with stories.

Now, this isn't an entirely new concept. The notion of narrative control, or narrative networks, has been bunted around for a few years now.

It's been said that history books are written by the victors. Well, these days hopeful victors are trying to write current events. State actors are increasingly disclosing information in a way that constructs a kind of story. It's through the careful construction of desirable narratives that state actors are hoping to control the beliefs and actions of targeted audiences. It's a classic case of the pen being mightier than the sword -- but in this case it's a pen that digs deep into the very psyche of the individual.

The United States has been engaging in narrative control for quite some time now. Most recently, during the Arab Spring, Secretary of State Hillary Clinton weaved a tale that suggested a certain level of inevitability to the events unfolding in the Middle East. One by one, she contended, authoritarian and fundamentalist nations were being overthrown by angry and forward-looking populaces. It'll only be a matter of time, Clinton argued, before the entire Middle East goes through a transformation that sees all its countries embrace democracy, secular institutions, and unprecedented freedoms.

Now I'm not suggesting that this isn't a valid interpretation of events. It very well may be. But what's important to understand here is that the U.S. is presenting this narrative in a very overt and calculated way. For many of those in the Middle East, the story is most certainly compelling and potentially inspiring. And for those sitting on the fence or considering radical action, this story of apparent inevitability may compel them to join the "winning team." It's through this kind of narrative control and reality building that the U.S. hopes to fight terrorism and the spread of radical Islam.

But now DARPA wants to take this further and make it more scientific and systematic. They recently put out a request for research proposals in the areas of:
DARPA would like to revolutionize the study of narrative influence by "advancing narrative analysis and neuroscience so as to create new narrative influence sensors, doubling status quo capacity to forecast narrative influence."

This is pretty heavy stuff. They're asking scientists to "take narratives and make them quantitatively analyzable in a rigorous, transparent and repeatable fashion." Once such a system is put into place, the Pentagon will be able to detect terrorists or other non-state actors who have been indoctrinated with a particular ideology or worldview, and then respond with a counter-message of its own. As Dawn Lim notes in Wired, "They can also target groups vulnerable to terrorists’ recruiting tactics with their own counter-messaging."

Lim describes how the project will unfold:


In the first 18-month phase of the program, the Pentagon wants researchers to study how stories infiltrate social networks and alter our brain circuits. One of the stipulated research goals: to “explore the function narratives serve in the process of political radicalization and how they can influence a person or group’s choice of means (such as indiscriminate violence) to achieve political ends.”

Once scientists have perfected the science of how stories affect our neurochemistry, they will develop tools to “detect narrative influence.” These tools will enable “prevention of negative behavioral outcomes … and generation of positive behavioral outcomes, such as building trust.” In other words, the tools will be used to detect who’s been controlled by subversive ideologies, better allowing the military to drown out that message and win people onto their side.

“The government is already trying to control the message, so why not have the science to do it in a systematic way?” said the researcher familiar with the project.

When the project enters into a second 18-month phase, it’ll use the research gathered to build “optimized prototype technologies in the form of documents, software, hardware and devices.” What will these be? Existing technology can carry out micro-facial feature analysis, and measure the dilation of blood vessels and eye pupils. MRI machines can determine which parts of your brain is lighting up when it responds to stories. Darpa wants to do even better.

DARPA is even calling for devices that detect the influence of stories in unseen ways: “Efforts that rely solely on standoff/non-invasive/non-detectable sensors are highly encouraged."

"Stories are important in security contexts," DARPA argues, "[stories] change the course of insurgencies, frame negotiations, play a role in political radicalization, influence the methods and goals of violent social movements." Indeed, they've been thinking a lot about this recently, as indicated by their April workshop to discuss the neurobiology of narratives.

When it comes to security, little consideration is given to ethics. Now, while I'm somewhat partial to this approach on account of its bloodlessness, I have to admit that the potential for abuse is astonishing. Once these narrative networks reach full maturity they could be used to indoctrinate not just enemy populations, but more familiar ones as well. The very ways in which domestic affairs are perceived could be colored by a security department hoping to create a docile and abiding population.

That said, the efficacy of narrative networks has yet to be determined. The Internet and other communications networks may serve as a kind of prophylactic against narrow bands of information. Moreover, populations may become primed against such efforts in the same way current societies are (relatively) immune to traditional and obvious methods of propaganda.

As a final word, this topic interests me greatly as it relates to memetics, memetic engineering, and the whole concept of cultural health. In this context, the struggle against religious fundamentalism is a struggle against the onset and dissemination of bad memes. Fundamentalist memeplexes can be interpreted as information viruses that are running amok in the human population. Perhaps it's not too outrageous to suggest that we should counter bad ideas with good ideas -- or at least better ideas that lead to more rational thinking, criticality and independent thought.

The best defense against religious extremism is a mind primed to reject those ideas in the first place.
Posted by George at 10/18/2011

"Immune to the tradition methods of propaganda" and what might those be?

Like drones, LRADs, data mining, etc, this military technology will be used on the American people.

The coils of the police state tighten.