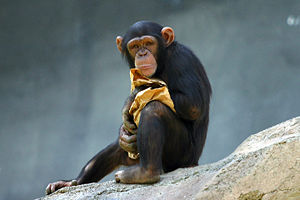 Alex Knapp of Forbes magazine asks, "Is It Ethical to Make Animals As Smart As People?," and takes my position to task:


Dvorsky and other pro-uplift advocates have argued that we have a moral imperative to make other species as intelligent as we are once we have the means. However, given the above, one thing that should be abundantly clear is that even if we come up with a technique to create chimps, parrots, or dolphins with human-level intelligence, we are almost certainly not going to be take any current, adult animals and uplift them. Changes as profound as those needed to make those species intelligent, from the neurological to the biochemical, are going to have to be made to the embryo, if not even before that in the egg and sperm. So what happens to the animals that are left behind? They’re almost certainly not going to be able to produce offspring with their uplifted counterparts – there’ll be too many changes. Their uplifted counterparts are likely going to be a separate, reproductively-incompatible species.

So the adults will be just as they are, living lives as they did before. Which means procreating as they did before – and that leads to a problem for uplift advocates. Namely, for example, if we uplift chimps, do we let the adults procreate? Well, letting chimps continue in an “un-uplifted” state seems to defeat the purpose of uplifting them to begin with, right? On the other hand, if we sterilize them, we’re dooming a species to extinction for no reason other than we don’t think they’re smart enough. I’d argue that we wouldn’t have the right to to sterilize them and cause them to go extinct, and I can’t think of a good argument on the other side. So now we’re trapped in a bizarre ethical paradox that begs the question of why there’s a moral obligation to uplift in the first place. Given that the alternative is to essentially doom a species to extinction, I think it’s safe to argue that an “uplift imperative” doesn’t exist.

Absent that obligation to uplift other species, then I’d argue other ethical factors outweigh pursuing the project in the first place.