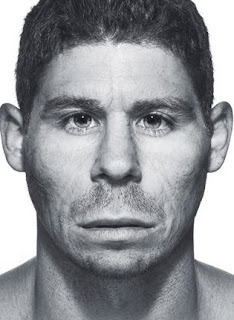 Wired recently published an article titled, "Seven Creepy Experiments That Could Teach Us So Much (If They Weren’t So Wrong)." Among their picks is the creation of an "ape man" that would come about through cross-breeding a human with a chimpanzee:


The premise:
The great biologist Stephen Jay Gould called it “the most potentially interesting and ethically unacceptable experiment I can imagine.” The idea? Mating a human with a chimp. His interest in this monstrosity grew out of his work with snails, closely related species of which can display wide variation in shell architecture. Gould attributed this diversity to a few master genes, which turn on and off the shared genes responsible for constructing the shells. Perhaps, he speculated, the large visible differences between humans and apes were also a factor of developmental timing. He pointed out that adult humans have physical traits, such as larger craniums and wide-set eyes, that resemble infant chimpanzees, a phenomenon known as neoteny—the retention of juvenile traits in adults. Gould theorized that over the course of evolution, a tendency toward neoteny might have helped give rise to human beings. By watching the development of a half-human, half-chimp, researchers could explore this theory in a firsthand (and truly creepy) way.

How it works:
It would probably be frighteningly easy: The same techniques used for in vitro fertilization would likely yield a viable hybrid human-chimp embryo. (Researchers have already spanned a comparable genetic gap in breeding a rhesus monkey with a baboon.) Chimps have 24 pairs of chromosomes, and humans 23, but this is not an absolute barrier to breeding. The offspring would likely have an odd number of chromosomes, though, which might make them unable to reproduce themselves. As for the gestation and birth, it could be done the natural way. Chimpanzees are born slightly smaller than humans, on average—around 4 pounds—and so comparative anatomy would argue for growing the embryo in a human uterus.

The payoff:
Gould’s idea about neoteny remains controversial, to say the least. “It got a lot of scrutiny and has been disproved in many ways,” says Daniel Lieberman, a Harvard professor of human evolutionary biology. But Alexander Harcourt, professor emeritus of anthropology at UC Davis, regards neoteny as “still a viable concept.” This forbidden experiment would help to resolve that debate and, in a broader sense, illuminate how two species with such similar genomes could be so different. Its outcome would take biologists deep into the origin of the species we care about most: ourselves. Let’s just hope we can find a less disturbing route to get there.

"...his bosses dismissed genetics and Darwinian evolution as 'Bourgeois propaganda'."

This seems unlikely, or at least an oversimplification. Perhaps you are referring to the ideas of Lysenko, but these did not become dominant until after Ivanov's death in 1932. In the late 1920s there was vigorous debate among Soviet biologists, and "Lamarckian" ideas were, if anything, generally frowned upon.