PopSci on the "League of Performance-Enhanced Athletes" 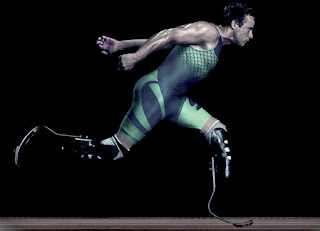 I've been arguing for the establishment of performance-enhanced leagues for years now, so it's nice to see Ryan Bradley of Popular Science make the same case:


Through this openness the league creates an environment where cutting-edge science is discussed daily, and celebrated, alongside athletic triumph. Better still: legitimizing enhancement would make the enhancements better. More drugs hit the market, more treatments become available, and this would trickle down to non-athletes. Would all this openness and advancement foster a more honest, inviting, even wholesome environment? Maybe. Creating a separate league where drugs are legal would, without a doubt, make competition safer for athletes. Matthew Herper, who has covered science and health (and, by extension, athletes and drugs) for a decade at Forbes, says as much.

Science, Feature, athletes, competition, cycling, doping, drugs, lance armstrong, sports, steroids“To me, the most obvious solution has always been to legalize those drugs that work, and to experimentally monitor new entrants, including dietary supplements, for both efficacy and safety. Biological improvement would be treated much as athletic equipment like baseball bats and running shoes. This could improve both athlete’s performance and their health, and would be a lot better than having everybody trying whatever additive they can sneak, attempting to stay ahead of drug tests, and trusting anecdotes as a way of measuring safety and efficacy.”

But perhaps most importantly, by keeping advances off the field, we’re holding back possibilities. A few years ago I visited Hugh Herr, the director of biomechatronics at MIT’s Media Lab, who had just invented a robotic ankle that would soon revolutionize prosthetics. We ended up discussing the ankle a little bit, but mostly we talked about science in sports. Herr is an athlete. As a young man he was a world-class rock climber. A week before my visit, he had been busy trying to convince the International Association of Athletics Federations to allow South African runner Oscar Pistorius to compete in the Olympics. Pistorius has no legs below his knees and runs using Cheetah Flex-Foot carbon fiber limbs which, arguably, gives him an unfair advantage. Herr is also a double amputee, and walks and climbs using prosthetics. That day in his lab, while he showed me his improved ankle and described his work with veterans, Herr told me that he sees no reason why we can’t make “disabled” people stronger and faster than the rest of us. In fact, we already are: just look at Pistorius. The IAAF agreed and, weeks later, decided to ban the South African from competition.

For the record, the vast majority are still not supportive of transhumanism, they think it's elitist or something.