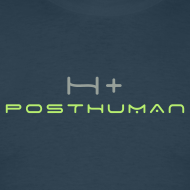 I knew this would happen eventually, and it finally did at the recently concluded Humanity+ @ Parsons conference in NYC: mass confusion over the term "posthumanism."

You see, there are actually three legitimate but subtly different definitions of the term. And at the Parsons conference, an event that brought designers and transhumanists together, this created an interesting problem that resulted in consistent misinterpretation and misunderstanding. Not to mention a wide differing of opinion.

For most transhumanists, posthumanism is the general idea that we should strive to become posthuman, namely human beings who have been augmented and modified to such a degree that they can no longer be classified as such. A posthuman could be a hyper-genetically modified person, a cyborg, or even a completely non-corporeal uploaded consciousness.

The roots of transhumanist thinking come from the Enlightenment era and is very much informed by secular Humanism. A general premise that drives the quest for a posthuman condition is that steady and significant progress is attainable through the application of science and reason and that we ought to take a human-centric approach to our endeavors (i.e. "If we don't play God, who will?"). And it's not enough to work towards social, political and institutional reform, argue the transhumanists, we should also work to modify and improve the human mind and body itself.

But to many in the design community and European academia (excluding Nick Bostrom's crew at Oxford), the term has its roots in postmodernist thinking. Its focus is more conceptual than practical, more external than internal. Also known as philosophical posthumanism, it is an area of inqiry that is concerned with the blurring lines between the human body and its environment and how our external tools have become extensions of our selves. Posthumanists in this context are interested in exosomatic possibilities, such as extended selves and remote presence. They tend to argue that the skin barrier is an increasingly poor dividing line for determining where the human begins and ends. For more on this approach, I recommend The Posthuman Condition: Consciousness beyond the Brain by Robert Pepperell (2003). And be sure to read my review.

In addition to this, there is an ancillary school of thought which suggests that posthumanism implies post-Humanism (as in "after Humanism"). This is the suggestion that humans have no inherent rights to destroy nature or ethically set themselves above it. Human knowledge is also reduced to a less controlling position, which tends to be seen as the defining aspect of the world. These posthumanists admit limitations and fallibility of human intelligence, even though they do not suggest abandoning the rational tradition of humanism.

While I don't necessarily agree with this line of thinking, I do find the idea of human primacy a bit outdated in consideration of human enhancement, the presence of nonhuman animal persons, and the potential for artificially intelligence persons. But I don't agree that Humanism implies human domination over nature or an indifference to it.

At any rate, these are all very different approaches to posthumanism. Transhumanist posthumans are concerned with the internal world as they look to modify minds and bodies, often in relation to a complexifying and changing environment. Academic/philosophical posthumanists, on the other hand, are interested in identity and interaction – and they're certainly not too keen on the human-redesign front.

Transhumanists definitely faced some criticism from these folks at the Parson's conference. This differing of opinion and perspective resulted in some interesting, provocative and at some times heated moments. But it was all good as it provided some needed passion and contradiction into an otherwise consensual and agreeable gathering of minds and ideas.
Posted by George at 5/19/2011

Email ThisBlogThis!Share to TwitterShare to FacebookShare to Pinterest
Labels: posthumanism