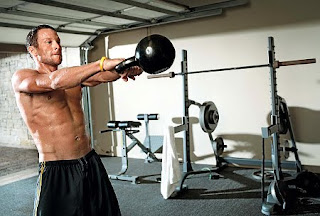 It's widely known that regular exercise has metabolic and cardiovascular benefits, but until recently scientists weren't exactly sure why this is the case. A recent study, however, offers some of the first molecular-level insights.

Studies on mice indicate that exercise turns on a genetic program that leads the heart to grow as heart muscle cells divide. The shift in activity is driven in part by a single transcription factor--a gene that controls other genes. This gene, called C/EBPb, was known to play important roles in other parts of the body, but this is the first evidence for its influence in the heart.

"This is yet another reason to keep on exercising," said Anthony Rosenzweig of Harvard Medical School. "In the longer term, by understanding the pathways that benefit the heart with exercise, we may be able to exploit those for patients who aren't able to exercise. If there were a way to modulate the same pathway in a beneficial way, it would open up new avenues for treatment."

Researchers also suspect that there may also be ways to optimize training regimens such that they tap into this natural mechanism more efficiently.

It was previously known that heart muscle adapts to increased pressure and volume by increasing in size. That's true in the case of exercise as it is in pathological conditions including high blood pressure. But in disease states, as opposed to exercise, those changes to the heart can ultimately lead to heart failure and arrhythmias.

The new evidence also gives important biological insights into the heart's potential for regeneration of muscle.

Rosenzweig said it will be important in future studies to explore all of the players in the pathway and to provide even more definitive evidence that exercise leads to an increased rate of cell proliferation in heart muscle.