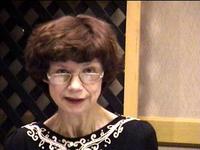 Betty Friedan's perspective: rejects the idea that to be old is to be spent. She instead presents an integrating process, an opportunity to live properly and make peace with oneself. No longer feeling the need to outdo others, to prove onself, "what does it really matter?"

Cosmetic anti-aging is big business and demand is through the roof.

But there are also biogerontologists. (1) They're working to prolong healthy lifespan; to extend quality of life until shortly before the moment of death, (2) They're looking to increase human lifespan significantly.

One practice is caloric restriction, but it's not likely to catch on. Another approach is in genetic manipulation.

A third group of biogerontologists are looking to halt the aging process altogether.

What do feminists have to say about this? But the problem of feminists is that they're are so many varieties. But for the most part they support the notion that we should improve and extend quality of life into old age. We should also work to ensure that the marginalized have access to these interventions, namely poor people, black people and aboriginals.

Any life-extension breakthrough that is not accompanied by attempts to improve socio-economic disparities is deficient. Also risk that women's caregiving responsibilities will only increase. Far fewer jobs for far fewer people. Perennial beauty trap.

Cosmetic surgery for women now has been so normalized that it's expected. Women are asked, "Why don't you want to look better?"

Tong makes the case that radical life extension may compel people to live indefinitely long lives for fear of what lies in the hereafter. [never heard that argument before]

Repudiation of the body is a repudiation of women. This especially holds true of women and childbirth. Thus, feminists are suspicious of transhumanism. They may "get lost in the translation."
Posted by George at 12/03/2010

One of the most major feminist considerations should be the undermining of traditional religion that indefinitely long life will inevitably bring about. Almost all traditional religions have a relatively subservient role to women. With the rise of enhancement therapies to live longer, the religiosity of the people will reduce bringing up the status of women. Plus, with possibility to conceive children after creating a career, many women will be happier than they are today, trying to do double duty in their limited youth.