Patrick Hopkins: "On the Variety of Future Bodies" [CFI conference on biomedical enhancement] 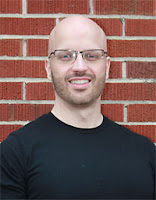 Patrick Hopkins is now discussing the variety of future bodies.

There are as of yet no posthumans. But these ideas are not new, nor are they exclusive to the realm of fantasy and sci-fi. We have long imagined ourselves transformed. Our visions and variations of a transformed humanity are voluminous and often informed by the environmental, social and physical conditions we find ourselves in. Thus, there will be differing and conflicting visions of what the human future can and should look like.

Interesting that he's describing future bodies as merely selective outgrowths of the human. I'm sure the postfurries would be peeved.

I say this as a transhumanist myself: The reluctance among transhumanists to encounter the full phase-space of potential bodies, possibly because it's squicky, or possibly out of a desire to appear more professional, ultimately serves as a discrediting force in the eyes of the bodmod enthusiasts, the furries, and the various other body-queer communities. But, I do recognize that some level of diplomacy is required when dealing with vanilla people who consider quite many things to be unbearably weird. I merely hope that this choice for diplomacy is calculated, instead of being an unthinking default.

Hopefully, the closer extreme bodmods come to being reality, the easier it will be to be taken seriously while talking about very radical modifications; including those whose primary function is novelty or art.

Remember that it's not just bodmod enthusiasts and furries that transhumanists have to deal with. The majority of people associate tattoos, piercings, and scarification/branding with gangs and many employers will just throw out a resume handed in by someone with as much as blue hair (anti-discrimination laws are practically unenforceable in such cases).

Cosmetic surgery is still expensive and almost always used for the first category in this article. People who make themselves look unusual like Stalking Cat are nearly always rich eccentrics.