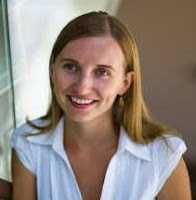 Should we be troubled by introduction of human traits into animals?

Mice should be judged based on their characteristics rather than on the types of cells, e.g. human or dolphin.

Another question is that, if we give a non-human animal a human trait (e.g. human DNA), do we change their moral standing?

The origins of the characteristic -- the causal history -- does matter to some people and their allocation of moral standing on an animal. The rejection of this premise is uncontroversial in ethics circles, but can influence the perspective of laypersons. E.g. a mouse has acquired an identical trait from a dolphin and from a human. Ethical discourse suggests the mouse's moral standing has not changed as the trait is identical and the source (ie causal history) doesn't matter.

That said, the law often does make distinctions between the status of things on the basis of their origins, even if they are identical.

Should we not ignore causal histories altogether? We may choose to do so based on an epistemological perspective.

Consequently, if we endow/uplift a non-human animal with a particular human trait (one we can understand functionally), and we observe the animal exhibiting/utilizing that same trait, we have to infer (epistomologically) that it has acquired the human capacity.

These arguments are weaker than evidence-based arguments. It's a kind of intuitive best guess.

Morally relevant capacities: some are harder to test than others. Thus, we should be prepare to use both kind of deduction methods.
Posted by George at 12/04/2010