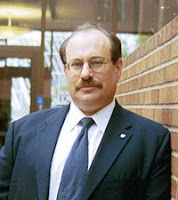 Can genetic engineering make things worse? Possibly. Think of unintended consequences visavis global warming. We have no idea if guided evolution would be any worse or better than unchecked evolution. Misguided evolutionary engineering could cause irrevocable harm. What would be worse would be the extinction of the human strain altogether.

The destruction of the human lineage would make it impossible for us to achieve our goals.

1. Do not harm children - Parents should not be allowed to genetically engineering their children so that they are exposed to serious risk, serious bodily or mental harm or impairment that is not outweighed by the potential benefit to the child
2. Do not permit state-sponsored, unethical genetic engineering (i.e. eugenics)
3. Do not terminate the human lineage (habitat loss, genetic drift, environmental catastrophe, inbreeding, extremely large body sizes, inability to reproduce, loss of genetic diversity, introduction of rival species)
4. Do not stifle progress toward understanding the universe
Posted by George at 12/04/2010

I think the safest course is: Fail small, fail often. :)