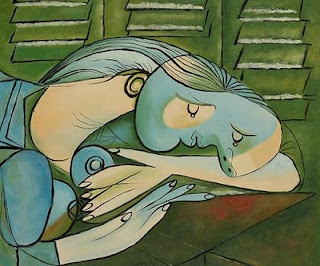 If you're serious about engaging in life extension practices, then you'd better include sleep in your list of lifestyle factors. Getting proper sleep is crucial to your health—and there's more to it than just getting "enough" sleep; you need to know exactly how much sleep to get (and not get) and under what conditions.

Specifically, studies have shown that there is a goldilocks zone for sleep duration each night, namely between seven and eight hours. And it's crucial you sleep in a completely pitch black room. Stick to these two rules of thumb and you could make a significant contribution to your overall health and longevity.

If these numbers are accurate—and the study appears to be legitimate—that is a rather shocking revelation. It's certainly possible that underlying conditions may cause undesired shifts in sleep duration, but it's clear that changes in sleep or unexplained short/long sleep duration should be taken seriously. But what is also known is that lack of sleep inhibits the production of prolactin and melatonin which can damage our immune systems and cause depression, diabetes, heart disease, and cancer.

And indeed, a separate study appears to corroborate these conclusions, but with a different minimal threshold. A UC San Diego School of Medicine study concluded that less than five hours a night is probably not enough, but that eight hours or more is probably too much.

Interestingly, it's also crucial that we sleep in pitch black rooms. Our brains and bodies are very carefully honed to the cycling of day and night, and many of our cognitive and hormonal processes are dependant on the preservation of that cycle. Because the circadian clock in humans has a natural day length of just over 24 hours, the clock must be reset to match the day length of the environmental photoperiod—that is, the light/dark or day/night, cycle. Mess that up and you get problems, including an impaired release of melatonin which is normally triggered by darkness. Melatonin has a number of benefits, including its role as a cancer fighting agent.

Negative effects of not sleeping in the dark can include disrupted sleep cycles, depression, and myopia. Women have also been told to sleep in the dark as there appears to be a correlation between inadequate sleep, artificial light, and breast cancer.

And yes, by sleeping in the dark that means sleeping in a completely dark room devoid of artificial light from night lights, bedside clocks, street lighting, and so on. You can always wear sleeping eye patches if you can't get the room dark enough.

Now, I realize that not everyone can get the required sleep each night. But if you're consistently getting less than six to seven hours of sleep each night you need to seriously reconsider your lifestyle and ask yourself if your health is really worth it. And turn out the lights!
Posted by George at 11/01/2010

Good summary George. Thanks for the information and bringing these studies together.

Here is a nice little free app to help all you internet addicts:

does studies account polyphasic sleep too ?
( one of those : http://dustincurtis.com/sleep.html )