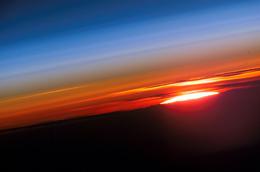 Nature is reporting that a moratorium on geoengineering, namely those schemes intended to reduce global warming, is right around the corner. Trouble is, however, that such a ban would clash with reports urging more research:


Last week, participants in the international Convention on Biological Diversity (CBD) made their views clear at a meeting in Nagoya, Japan. They included in their agreement to protect biodiversity...a moratorium on geo engineering "until there is an adequate scientific basis on which to justify such activities and appropriate consideration of the associated risks". The moratorium, expected to be in force by 2012, isn't legally binding, and given the preliminary nature of studies in the area it is unlikely to affect researchers in the near future. But some scientists fear that the CBD's stance will sow confusion and delay at a time when governments and research groups are exploring how geo engineering might feasibly be undertaken if global warming accelerates disastrously.

The CBD agreement coincides with the release of a pair of reports on geoengineering, including a US congressional analysis, published on 29 October, that calls for research across the federal government. In his foreword to the report, Bart Gordon (Democrat, Tennessee), the outgoing chairman of the House Committee on Science and Technology, highlights the dangers of stifling research and calls for a "rigorous and exhaustive examination" of geo­engineering strategies.

"If climate change is one of the greatest long-term threats to biological diversity and human welfare," says Gordon, "then failing to understand all of our options is also a threat." His report singles out the US National Nano technology Initiative — a programme that incorporates research at 13 federal agencies — as a possible model for coordinating research.