U.S. says genes should not be patented 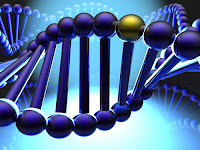 Major news: The federal government in the United States has declared that human and other genes should not be eligible for patents because they are part of nature. This is a reversal of a rather longstanding policy; the new position will have a huge impact on medicine and on the biotechnology industry.

The ruling is likely to draw protests from some biotechnology companies that say such patents are vital to the development of diagnostic tests, drugs and the emerging field of personalized medicine, in which drugs are tailored for individual patients based on their genes.

Opponents, on the other hand, say that genes are products of nature, not inventions, and should be the common heritage of humanity. They feel that locking up basic genetic information in patents actually impedes medical progress. Proponents, however, say genes isolated from the body are chemicals that are different from those found in the body and therefore are eligible for patents.

But the government disagrees: It now contends that the mere isolation of a gene, without further alteration or manipulation, does not change its nature. "The chemical structure of native human genes is a product of nature, and it is no less a product of nature when that structure is 'isolated' from its natural environment than are cotton fibers that have been separated from cotton seeds or coal that has been extracted from the earth," the Department of Justice brief said. Moreover, the government suggested that such a change would have limited impact on the biotechnology industry because man-made manipulations of DNA, like methods to create genetically modified crops or gene therapies, could still be patented.

I'm pleased with this ruling, but admittedly concerned. I think the DoJ's reasoning is a bit flawed and will likely be overruled in short order. I'm also concerned that such a restriction will in fact inhibit innovation in these areas, particularly as far as the health sciences are concerned. But where I'm happy is in the suggestion that our genes, whether they be native or synthetic, remain under our own personal ownership. The idea of having a corporation own a patent for a genetic sequence in your DNA is a bit distasteful and potentially problematic to say the least.
Posted by George at 10/31/2010