Optimize your health with The Zone and Paleo diets [life extension] 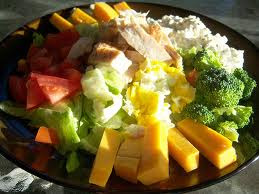 If you're like most people these days you're probably very confused about what to do in terms of your diet, particularly as it pertains to maximizing your health and lifespan. For those of you who are serious about making substantive changes to your diet, I have a pair of recommendations to make that will take the guesswork out of your daily eating habits.

Now, before I get into them, these are not fad diets meant to help you lose weight. Sure, these diets can help you lose weight, but they're ultimately meant to help you optimize your eating habits, and by consequence improve your health. With these systems, food is looked at both from a therapeutic and aesthetic perspective; it's all about food that tastes good and is good for you. Consequently, these systems should be looked at as a part of a broader set of lifestyle changes. Many of us need to get over the quick fix mentality that's pervasive in diet culture, and instead make the commitment to permanently change the way we approach our food.

Now, the two systems I am referring to are the The Zone and the Paleolithic Diet. I don't wish to present these two options as the be-all-and-end-all of diets, nor as the best. I happen to have familiarity with these diets, and I know that they work. Moreover, they're a great place to start if you're feeling overwhelmed by all the diets out there.

Developed by the biochemist Barry Sears, the Zone advocates consuming calories from carbohydrates, protein, and fat in a balanced ratio. It's a diet that requires weighing and measuring portions in accordance with your body composition (i.e. lean body mass) and degree of physical activity. This appeals to the science part of my brain; I know that the proportions have been carefully determined by experts. So, if you're not into weighing and measuring your food, you may as well skip down to the next section. 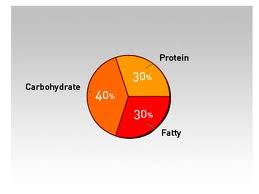 The Zone works off a "40:30:30" ratio of calories obtained daily from carbohydrates, proteins, and fats, respectively. The exact proportion of the macro nutrients are broken down into what are called blocks, and each meal consists of a certain amount of blocks that have to eaten in this particular configuration. So, if it's determined that you are a 16 block person, you should aim to eat a total of 16 blocks per day. One block is equal to 9 grams of carbohydrates, 7 grams of protein, and 1.5 grams of fat.

The Zone also promotes balanced eating throughout the day. Zoners eat about five meals a day, and because lots of protein and low density carbohydrates are encouraged, some of the meals can be substantial in size.

The reason for such strict proportions is to ensure proper hormonal balance. When insulin and glucagon levels are optimal, specific anti-inflammatory chemicals (namely eicosanoids) are released, which have similar effects to aspirin. A 30:40 ratio of protein to carbohydrates triggers this effect, and this is called 'being in the Zone.' Sears claims that these natural anti-inflammatories are both heart- and health-friendly.

When the human body is in caloric balance it is more efficient and does not have to store excess calories as fat. The human body cannot store fat and burn fat at the same time, and it takes time (significant time if insulin levels were high because of unbalanced eating) to switch from the former to the latter. Using stored fat for energy causes weight loss. Other positive effects of the diet include increased energy and mental clarity.

The Zone diet is very flexible in terms of the foods involved (you just have to be strict about proportions) and it is vegetarian friendly.

There's a lot more to this diet than what I've described, but this book will help you get you started.

The Zone is great if you feel helpless and know nothing about food. As long as you stick to the principles, you're golden. Moreover, it will help you learn about food and the kinds of portion sizes you should be striving for. Lastly, in terms of credibility, while there may be some skepticism about this approach, the Zone is commonly used by professional athletes (including CrossFitters) to help them dial-in and regulate their diet; many athletes swear by it as they see measurable improvements in their performance.

Also referred to as the Cave Man Diet, the Paleo Diet is a nutritional plan that strives to emulate the eating habits of our Stone Age forebears. And this is for very good reason: while our eating habits have changed dramatically since Paleolithic times, our bodies have not. We are not genetically primed to ingest and metabolize most of the foods we eat today, particularly processed foods. The Paleo Diet, therefore, encourages its followers to eat the same foods our ancestors did prior to the Agricultural Revolution.

It has been generally observed that modern human populations subsisting on traditional diets similar to those of Paleolithic hunter-gatherers are largely free of diseases of affluence—namely type 2 diabetes, coronary heart disease, cerebrovascular disease, peripheral vascular disease, obesity and certain forms of cancer. In addition to this, studies of the Paleolithic diet in modern humans have shown some positive health outcomes. 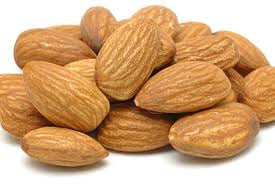 As for the diet itself, it consists primarily of foods that can be hunted and fished, such as meat, offal and seafood, and can be gathered, such as eggs, insects, fruit, nuts, seeds, vegetables, mushrooms, herbs and spices. So, no bread, rice, pasta, and cherry cheese cake. Other exclusions include all grains, legumes (e.g. beans and peanuts), dairy products, salt, refined sugar and processed oils, (although some advocates consider the use of oils with low omega-6/omega-3 ratios, such as olive oil and canola oil, to be healthy and advisable).
Essentially, if your food has more than one ingredient, it's probably not Paleo friendly.

Obviously, the Paleo Diet is not easy for vegetarians, but it is possible. Vegetarians should ensure that they're getting adequate protein intake using egg powder protein shakes along with some supplements like Vitamin B12, Taurine, Carosine, and Carnitine. If you're vegan, you should probably forget this idea and consider The Zone instead.

All this said, Paleo omnivores typically eat more "ethical meat" than those who on other diets; they tend to eat only lean cuts of meat that are free of food additives and from wild game meats and grass-fed beef since they contain high levels of omega-3 fats compared with grain-produced domestic meats.

You can learn more about the Paleo diet here.

For most of us, adopting the Paleo Diet would represent a massive paradigm shift in our eating habits. Going from a completely unrestricted diet to this one is probably a bad idea. If you're looking to change your eating ways, I would strongly recommend that you start with the Zone and work your way from there.

Again, I'm sure there are other diets out there that may be just as good or better than the two I've proposed. But like I said, they're effective and relatively easy to adopt—so long as the will is there. And most importantly, you will start to notice a dramatic improvement in health and performance. Not to mention your waistline.
Posted by George at 8/26/2010

A fundamental tool for use with any diet deserves mention here: use a food journal. Simply write down what and how much you eat and drink every day. Many fine tools exist, but you need nothing more than pen and paper. The real benefit of such tracking isn't dietary analysis, but self-discipline.

Also, thank you for the post, George. I'll investigate the Zone diet a little later this week. It might offer insight about the weird intermittent cravings I suffer.