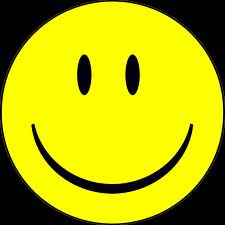 It has been very encouraging to see the recent increase in attention given to happiness and well-being studies. It's about time we started measuring these things—and started making our governments more responsible and accountable in these areas. Studies are increasingly revealing that gains in GDP and overall wealth are not having an impact on our personal well-being. It would seem that the capitalist interpretation of the 'pursuit of happiness' is just that: a perpetual quest for an illusory goal that leaves us unsatisfied.

While seemingly counterintuitive, it seems that beyond at certain Maslovian point where our basic needs are met we hit a peak in our relative happiness. As behavioral economist Daniel Kahneman has revealed, once we hit $60,000 a year in salary we reach a kind of plateau with respect to the happiness of the experiencing self. It doesn't matter if you make $120,000 a year or $500,000 a year—according to his research you're going to be just as happy if you were making $60,000.

You should stop and think about that for a moment. That's a pretty amazing revelation.

Sure, you can convince yourself that you'd be happier in those higher salary ranges, but you'd be going against empirical data that suggests otherwise. What makes you think you'd be a special case?

Speaking of Kahneman, his TED Talk is one of the best out there:


Also along these lines is the Happy Planet Index (HPI), which measures human well-being and environmental impact. The HPI was introduced by the New Economics Foundation (NEF) in July 2006 and was designed to challenge well-established indices of countries’ development, such as Gross Domestic Product (GDP) and the Human Development Index (HDI), which are seen as not taking sustainability into account. According to the HFI, the five happiest countries in the world are Costa Rica, the Dominican Republic, Jamaica, Guatemala, and Vietnam—not exactly your G8 type of nations.

Statistician Nic Marks thinks he knows what's going on. Like so many others these days, he is starting to ask why we measure a nation's success by its productivity —instead of by the happiness and well-being of its people. This is why he introduced the HPI. Moreover, he believes that a happy life doesn't have to cost the earth.

Marks argues that quality of life is measurable, and that true contentment comes not from the accumulation of material wealth but from our connections with others, engagement with the world, and a sense of autonomy. To back his claims, Marks has created statistical methods to measure happiness, analyzing and interpreting the evidence so that it can be applied to such policy fields as education, sustainable development, healthcare, and economics.

You'll want to check out his recent TED talk:


The HPI is not perfect (it ignores issues like political freedom, human rights and labor rights, for example), but Marks is on the right track. It's about time we started shelving the Puritan Work Ethic in favor of those things that will truly improve the subjective quality of our lives.
Posted by George at 8/30/2010