Singer: Should this be the last generation?

Philosopher and ethicist Peter Singer asks, is a world with people in it better than one without? 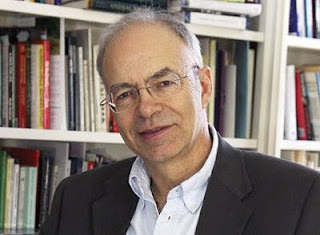 Put aside what we do to other species — that’s a different issue. Let’s assume that the choice is between a world like ours and one with no sentient beings in it at all. And assume, too — here we have to get fictitious, as philosophers often do — that if we choose to bring about the world with no sentient beings at all, everyone will agree to do that. No one’s rights will be violated — at least, not the rights of any existing people. Can non-existent people have a right to come into existence?

I do think it would be wrong to choose the non-sentient universe. In my judgment, for most people, life is worth living. Even if that is not yet the case, I am enough of an optimist to believe that, should humans survive for another century or two, we will learn from our past mistakes and bring about a world in which there is far less suffering than there is now. But justifying that choice forces us to reconsider the deep issues with which I began. Is life worth living? Are the interests of a future child a reason for bringing that child into existence? And is the continuance of our species justifiable in the face of our knowledge that it will certainly bring suffering to innocent future human beings?

It's a moot point as a world without people is wasted without anyone to appreciate it.