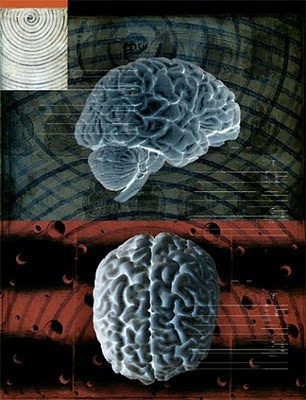 Buddhist magazine Tricycle recently interviewed the IEET's James Hughes about his unique take on transhumanism and Buddhism -- and how the two seemingly disparate philosophies should be intertwined.

As a former Buddhist monk, Professor James Hughes is concerned with realization. And as a Transhumanist—someone who believes that we will eventually merge with technology and transcend our human limitations—he endorses radical technological enhancements to humanity to help achieve it. He describes himself as an “agnostic Buddhist” trying to unite the European Enlightenment with Buddhist enlightenment.

Sidestepping the word “happiness,” Hughes’ prefers to speak of “human flourishing,” avoiding the hedonism that “happiness” can imply.

“I’m a cautious forecaster,” says Hughes, a bioethicist and sociologist, “but I think the next couple of decades will probably be determined by our growing ability to control matter at the molecular level, by genetic engineering, and by advances in chemistry and tissue-engineering. Life expectancy will increase in almost all countries as we slow down the aging process and eliminate many diseases.” Not squeamish about the prospect of enhancing—or, plainly put, overhauling— the human being, Hughes thinks our lives may be changed most by neurotechnologies—stimulant drugs, “smart” drugs, and psychoactive substances that suppress mental illness.

More.
Richard Eskow, who did the interview, followed it up with a rebuttal of sorts: Cerebral Imperialism. In the article he writes,

Why “artificial intelligence,” after all, and not an “artificial identity” or “personality”? The name itself reveals a bias. Aren’t we confused computation with cognition and cognition with identity? Neuroscience suggests that metabolic processes drive our actions and our thoughts to a far greater degree than we’ve realized until now. Is there really a little being in our brains, or contiguous with our brains, driving the body?

To a large extent, isn’t it the other way around? Don’t our minds often build a framework around actions we’ve decided to take for other, more physical reasons? When I drink too much coffee I become more aggressive. I drive more aggressively, but am always thinking thoughts as I weave through traffic: “I’m late.” “He’s slow.” “She’s in the left lane.” “This is a more efficient way to drive.”

Why do we assume that there is an intelligence independent of the body that produces it? I’m well aware of the scientists who are challenging that assumption, so this is not a criticism of the entire artificial intelligence field. There’s a whole discipline called “friendly AI” which recognizes the threat posed by the Skynet/Terminator “computers come alive and eliminate humanity” scenario. A number of these researchers are looking for ways to make artificial “minds” more like artificial “personalities.”

Hopefully more to come on this intriguing debate.
Posted by George at 6/04/2010