Neuroplasticity and Coordinated Cognition: the Means of Self-Mastery? 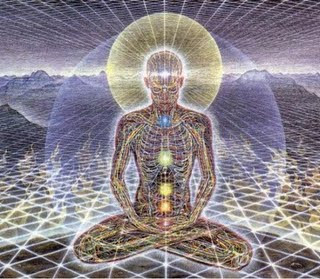 Casey Rae-Hunter is guest blogging this month.
Back in July 2009, I read a fantastic article in the New Yorker about VM Ramachandran — a man referred to by many as a "rockstar of neuroscience." As a youth growing up in India, Ramachandran — henceforth referred to by his nickname, "Rama" — was obsessed with magic tricks and illusions. A self-described solitary child, Rama's prodigious intellect led to his becoming a scientific polymath. Yet he ultimately settled on neuroscience.
Why do I bring him up? Well, as John Colapinto's article reveals, Rama is a very interesting individual, whose nonconformist bent and penchant for black clothing gives him the air of a scientific renegade. The doctor's work has of late focused on apotemnophilia — the compulsion to have a healthy limb amputated. This mental affliction was previously thought incurable, but Rama's unorthodox method of treatment has yielded impressive results in patients who had more or less given up on a fix. The solution is devilishly simple, and one familiar to stage magicians throughout history: it's done with mirrors.
Rama is at the forefront of so-called "mind-mapping," in which the brain auto-repairs damaged connections through certain inputs, in this case a mirror reflection of a healthy appendage, processed optically and reinforced synaptically. Rama also treats amputees who struggle with "phantom limb syndrome" — his theories of brain plasticity have already paid dividends for many chronic sufferers.
The article also suggests a link between autism and defects in the mirror neuron system. This is where things get very complicated, and, as a non-scientist, I should probably refrain from making any sweeping generalizations.
Yet the so-called "plastic brain" and the ability to effectively re-map cognitive protocols is a subject I find endlessly fascinating. Growing up, I had major anger management issues, likely as a result of frustrations in dealing with undiagnosed Asperger's Syndrome. ( You can read in more detail about my tortured relationship with academia here.) In my early twenties, I did a lot of self medicating, to dubious effect. Around the age of 25, I discovered Buddhism. Learning to meditate was one of the most difficult undertakings of my life, but I threw myself into the practice with great determination and gusto.
I'm not sure how or when it happened, but the anger I'd been carrying around largely dissipated. At that point, I began collecting anecdotal and occasionally even scientific evidence about meditation's relationship to cognitive enhancement. There is an ever-increasing amount of science backing up my own anecdotal experiences with meditation, including actual evidence of physiological changes in the brain. (Check out this Buddhist Geeks podcast with academic neurologist and Zen practitioner James Austin for some more examples.)
So, having experienced some of the positive effects of mind-mapping through the discipline of meditation (and attendant Buddhist practices like tonglen and mindfulness), I became more curious about what I've come to call call "coordinated cognition." However, as a skeptic, I have a natural aversion to self-help gobbledegook that masquerades as "enlightenment." After all, Buddhism is about spontaneous undifferentiated awareness, not having the healthiest brain on the block (though there's nothing wrong with that).
So what's the limit, if any, to the mind's plasticity?
As an individual with Asperger's Syndrome, I deal daily with the fact that my mind is literally wired differently than the majority of humans. Yet I'm convinced that environment and patterning has a huge impact on outcomes for individuals on the autistic spectrum. For example, I've been publicly performing for nearly as long as I can remember, which may have aided my ability to "blend" — mimicry is a prized skill in both acting and music. So my mind has, to some degree, already been optimized for certain conditions. But is there other stuff I can do to dampen the "negative" Aspergian traits and amplify the more favorable ones?
At the moment, I have no hard and fast answers, but color me curious.
In my next post, I plan to look at the issue of cognitive liberty — that is, the right to psychological self-determination. As the neurodiversity debate continues to rage in the autistic community, I think it's important for people to feel empowered to choose what works best for them. All we can do is be clear-headed and compassionate advocates for a range of possibilities. The rest is up to the individual.
On the road to a truly diverse cognitive landscape, we may need to look at ourselves from a several different perspectives. Remember, it's done with mirrors.
Casey Rae-Hunter is a writer, editor, musician, producer and self-proclaimed "lover of fine food and drink." He is the Communications Director of the Future of Music Coalition — a Washington, DC think tank that identifies, examines, interprets and translates issues at the intersection of music, law, technology and policy. He is also the founder and CEO of the Contrarian Media Group, which publishes The Contrarian andAutistic in the District — the latter a blog about Asperger's Syndrome.
Posted by Casey at 10/12/2009

Thanks for the tip!