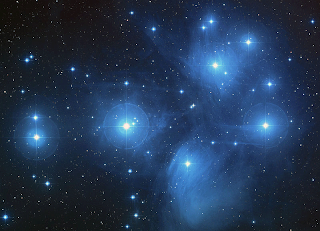 Radio SETI is pretty much doomed to failure, but that doesn't mean advanced extraterrestrial intelligences (ETIs) aren't transmitting other signatures that could potentially indicate their existence. Take laser pulses, for example. Unlike radio waves that suffer a dissipative effect the further out they travel, lasers can traverse extreme distances and still remain highly focused and detectable.

This is the assumption of a growing movement in SETI circles called optical SETI (OSETI). Rather than listen for incoming radio signals, these scientists are scanning the heavens in search of deliberate light patterns that may reveal the existence of ETIs.

And now news out of Australia indicates that an OSETI adherent may have actually found something. Astrophysicist Ragbir Bhathal from the University of Western Sydney recently detected a series of mysterious pulses that has him wondering if somebody isn't at the other end.

Bhathal picked up the signal in December 2008 and has been studying the data ever since. He wants to be sure that it's not natural phenomenon (similar to a pulstar) before he jumps to any conclusion. Moreover he hasn't been able to re-detect the signal despite his daily efforts to do so; he is methodically scanning the area in hopes of of finding it again.

But Bhathal has the initial data set and his hope is to put together a peer reviewed paper some day. He may be on a wild goose chase, but his efforts show that novel approaches to SETI are certainly in order.

"NASA is already using lasers for space communication and it's not unrealistic to imagine that an extraterrestrial intelligence might be using them as well," he says. "In terms of Earth technology today, we have achieved a maximum of 10x15 watts of laser power for a brief period, but an advanced civilization could have lasers with powers of 10x25."

He admits, however, that our failure to pick up any interstellar signals so far could mean that advanced civilizations are using a communications technique still not discovered on Earth. "It is risky to judge everything by our own technology," he says.

It doesn't say "series of mysterious pulses" in the article. Just signal.

Are there naturally occuring lasers? I wasn't aware there was.

Just to clarify, the only way to "detect" a laser is to use a monochromator or similar device to look at the color (frequency/wavelength) of the photons. If all the photons have the same color then it is a laser.

But my guess is that there are not enough photons in the signal to do this. It takes millions of photons to get the statistics and signal strength required to prove this.

A much easier signature of intelligence is temporal. There are no known natural sources of nanosecond light pulses (or shorter). If a few hundred photons arrive within a few nanoseconds of each other then this must be from intelligent life (or a stunning new natural phenomenon).

I believe a natural laser was discovered -- it's caused by the specific conditions around a hot, bright star in the Cygnus constellation. Planetary atmospheres can also emit laser radiation. So this could still be a natural phenomenon.

The right term is "pulsar", by the way. Pulstar is a power plug.

ok, laser could say a war between differentes civilisations ETs...

I believe this could be big, i really imagine a universe full of information transmision from ET right under our nose, without us knowing, just because we don´t know wich "format" are they using..maybe its lasers, maybe there´s a whole internet out there...