Fifth anniversary of the death of John Maynard Smith 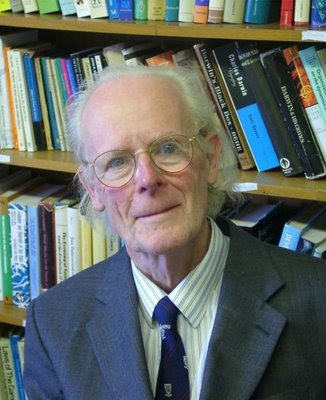 He is also remembered for openly advocating the reengineering of humans, particularly making alterations to the genome and for speculating about the future of intelligent life on Earth.

Maynard Smith has the distinction of being the first biologist to introduce mathematical models from game theory into the study of behavior. He was greatly influenced by John von Neumann and John Nash, and in turn introduced the Nash Equilibrium to biology.

In his book Evolution and the Theory of Games, he showed that that the success of an organism's actions often depends on what other organisms do. In a field dominated by evolutionary biologists who tend to look exclusively for competitive relationships in Darwinian processes, his ideas were a breath of fresh air, inspiring such biologists and thinkers as Richard Dawkins and Robert Wright and offering methodologies that are still making their way into research labs around the world.

In his 1978 book The Evolution of Sex, Maynard Smith pointed out "the twofold cost of sex." Sexually reproducing organisms, he argued, must produce both female and male offspring, whereas asexual organisms only need to produce females. In most sexual populations, half of the offspring are male, but in asexual populations there are twice as many females.

This advantage, claimed Maynard Smith, should provide a huge evolutionary advantage to asexual reproduction. The problem, he asked, is why we see so much sex in the world. We still don't have a satisfactory answer.

Maynard Smith was also deeply committed to making evolutionary ideas accessible to a wide audience. His book, The Theory of Evolution, inspired many of today's leading researchers to become biologists.

While a student at Eton College, Maynard Smith became alienated by what he felt was an anti-intellectual, snobbish and arrogant atmosphere. His professors hated Haldane, and frequently complained about his socialist, Marxist and atheist leanings.

Maynard Smith remembered thinking, "Anybody they hate so much can't be all bad. I must go and find out about him." He read Haldane's Possible Worlds and in turn sought him out. Haldane went on to become his primary mentor, claiming afterwards that he taught him everything he knew. "I wept when he died," said Maynard Smith.

Like Haldane, Maynard Smith had a progressive leftist political worldview and looked to technology and the medical sciences as a means for improving the human condition.

He was for a time a member of the communist party but disgustedly left in 1956.