Inspire Medical Systems has developed an implantable electronic stimulator for the treatment of obstructive sleep apnea (OSA). The company has received FDA approval for the device and it's already being used by some patients. 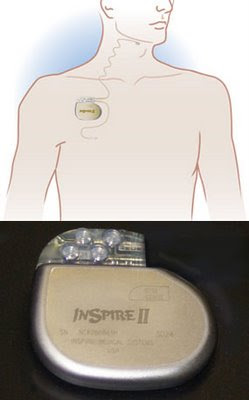 OSA is a form of sleep apnea that's caused by obstruction of the airway. It's characterized by pauses in breathing during sleep. These episodes, called apneas, each last long enough that one or more breaths are missed and occur repeatedly throughout sleep. In obstructive sleep apnea, breathing is interrupted by a physical block to airflow, despite the effort to breathe.

Inspire Medical Systems's Inspire II System remedies this problem by applying an electric current to the hypoglossal nerve at proper times by sensing the pulmonary pressure of the patient.