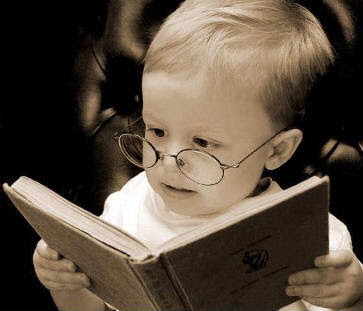 Specifically, consumers appear ready to use biotechnologies to test for life altering and threatening medical conditions like mental retardation, blindness, deafness, cancer, heart disease, dwarfism and shortened lifespan from death by 5 years of age -- but what they're not interested in is prenatal genetic testing to screen for traits like tall stature, superior athletic ability and superior intelligence.

"Our research has discovered that although the media portrays a desire for 'designer babies', this does not appear to be true among consumers of genetic testing services," said Feighanne Hathaway, a certified genetic counselor at the NYU Cancer Institute.

Some demand is still demand

Indeed, one way of reading these results is to conclude that most people today are not in favor or ready to screen their offspring for enhanced traits. But that's not the entire story, nor is it a justification for failing to develop these technologies or denying prospective parents access to them. What these survey results indicate is that there is some demand for these sorts of interventions, just in small doses.

Let's look at the results of this report a bit more closely. The majority of respondents (52.2%) indicated that there were no conditions for which genetic testing should never be offered. What this tells me is that more than half of respondents are receptive to using genetic technologies for assisted reproduction in some form. That's significant and telling.

In addition, a minority of respondents indicated that they would like to use genetic testing for enhancements such as athletic ability (10%) or superior intelligence (12.6%). While these figures may seem small, they seem less so when considering the entire population. In a country like the United States, where there are about 4 million babies born each year, and assuming that these respondents would use these technologies to screen for higher intelligence, that would represent about 400,000 births per year. That's more babies born each year than through IVF.

We have to be careful when assessing the results of these kinds of surveys. When it comes to ensuring equal and fair access to medical technologies, it's not like voting for the president. Having control over one's reproductive processes is a very important thing -- even if 90% of the population has no intention of using it for themselves. It's important to remain respectful and responsive to any kind of demand for reproductive technologies.

Not the norm. Yet.

The authors of the report noted that, "it seems unlikely that the 'Age of Designer Babies' is near at-hand." While majority consumer buy-in doesn't appear imminent, that doesn't mean it's not going to happen.

As the authors of the report noted, respondents may have been following their own personal values or belief systems when assessing choices for genetic tests. Consequently, genetic counselors may want to develop a policy statement about new genetic tests that are becoming available and the ethical concerns regarding prenatal testing for life altering conditions.

Yes, but these policy statements will have to carefully and fairly worded. An anti-enhancement bias is most certainly embedded in our society. It's very likely that many of the respondents were answering the survey in accordance to their social conditioning and what they thought was expected of them from an 'ethical' perspective.

It's very safe, for example, to state that you're willing to use genetic technologies to screen for cancer and heart disease. But it's not socially correct to say that you'd like to screen for intelligence. I'm sure many pencils wavered above that survey question for a while as the cognitive dissonance kicked in.

Indeed, the genetic counselors' policy statement better be clear on a number of things -- like explaining how people with higher intelligence are more likely to experience educational and occupational success and lower rates of morbidity and mortality. Smarter people live longer. It would seem, therefore, that ensuring higher rates of intelligence should be a priority and considered en par with the prevention of diseases.

And a similar thing can be said for athletic and physical endowments. Enhanced kinesthetic wiring and and a body type suited to athletics are strong indicators of both health and attractiveness. Like high intelligence, these are good things, and we shouldn't lose sight of that.

What we're talking about here is endowing our children with all the tools we can give them so that they may live an enriched, open-ended and fulfilling life. By denying them these benefits we are closing doors and potentially reducing the quality of their lives.

As for the Langone Medical Center report, I'm actually quite encouraged by their findings. Not only is there a great willingness to use genetic technologies to assist in reproduction, but there is growing awareness about it. The debate is happening and people are thinking and talking about the issues.

This is a very necessary step for the normalization of these important and life-improving technologies.
Posted by George at 1/27/2009