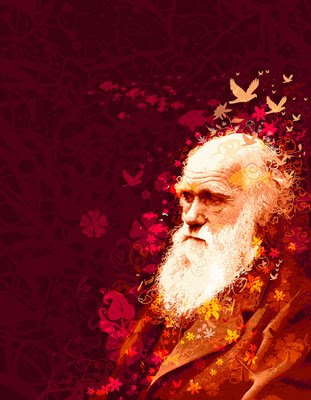 This year marks the 150th anniversary of the publication of On the Origin of Species and the 200th anniversary of Charles Darwin’s birth. This piece was put together by the boys at Mondolithic Studios and used on the cover of Le Scienze Magazine in Italy and on the table of contents of the US Edition of Scientific American magazine.

What a fitting and dignified portrait of this literary and scientific giant.
Posted by George at 1/28/2009