Thoughts about the late Michael Crichton 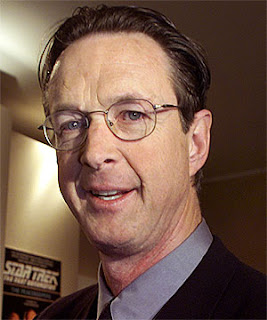 These are the three most interesting posts I've read about the recent passing of Michael Crichton, author, futurist, and global warming skeptic:

Take, for example, his contention that, even when 99% of qualified experts in a field agree about a scientific matter (e.g. global climate change), the phrase "scientific consensus" should be ruled meaningless. Indeed, Crichton maintained that any such a consensus of expert opinion should have no relevance at all, in the arena of public policy. In effect, technically trained boffins - even when they agree with near-unanimity - can be rightfully ignored, leaving technological policy matters to be decided, without reference to science, by 51% of uninformed politicians. A fascinating stance! And, because the one putting it forward was someone I respected, I gave it my full attention, trying hard to see this issue through Michael Crichton's eyes. (I admit, I ultimately failed.)

Crichton, slightly miffed at my presumption, asked why I preferred my alternative plot. I answered that I worried that his novels were helping to promote a technophobic attitude among the public that could unnecessarily slow the development of new technologies. He responded that I must be kidding. He doubted that anyone paid any attention to his novels other than to be momentarily entertained by them. I still think he was wrong. After all, two centuries later we're still reading Mary Shelley's thinly plotted potboiler and worrying about mad scientists.

Crichton fans are writing in and complaining that I'm cruel to his memory. In a word, no. And in a lot of words, you don't understand yet, but you will. Okay: the guy was a pretty good screenwriter. Also, there have been worse novels than some of his. Especially the novels that aren't paranoid tracts about atmospheric science. But Crichton's one with the ages -- and the judgment of history will be harsh for him. He truly blotted his copybook. His legacy as a writer, thinker and public figure is shameful. Someone needs to say it now, because someday everyone will. Get used to it.

Forget for the moment that Crichton was a crank and a technophobe. Most damning, to my mind, is that he was an insufferably *bad writer*.

Heh, well -- I think that goes without saying. I don't think he'll be remembered for his literary prowess.

unlike the people that comment on michael crichton in your blog post, I have not followed his writings or his career; I have seen some of his movies, like the Andromeda Strain, Jurassic Park, and Sphere; I have read two of sci-fi books; the Andromeda Strain, which I thought was great, and Prey, largely because it was a warning about nanotechnology, a subject very dear to my heart