WTA, IEET and JET servers brought down by hackers 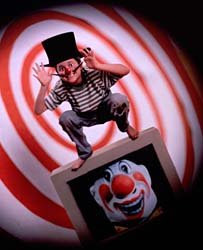 The servers that host the websites and mailing lists for the World Transhumanist Association, the Institute for Ethics and Emerging Technologies and the Journal of Evolution and Technology were hacked into this past weekend and brought down.

Here's an email I got from James Hughes this morning,

[You may have] noticed that the IEET website was down for three days, and that our email lists are still down. That is because the servers in London that host the IEET, the Journal of Evolution and Technology, the World Transhumanist Association and a variety of other like-minded groups were brought down by a hack attack last week. The servers have now been rebuilt, but our email list is still inexplicably down. (This is coming through the website.)

We’re working on restoring the mailing lists, and hopefully will have them fixed shortly.

We have no idea whether the attack was ideologically motivated or not.

I almost hope it happens again. Why? Because the publicity gained from an ideologically motivated hacker attack exceeds the damage done by the sites being down for a few days. We should be flattered, if anything.

I noticed that I wasn't able to reach Nick Bostrom's website as well during this time period. Was his site brought down as well? Can anyone please confirm this with him?

Assuming to be a victim of an ideological attack implies that the mentioned groups are more influential than they actually are. At present they are more of a club for people with similar interests rather than an active force shaping the development of science and social thinking. So I wouldn't go as far as to say that 'transhumanists' should be flattered because of this attention (which may not be attention at all outside the club).

Brought down by a malignant artificial intelligence super-mind!!