Careful Dean Kamen, or you just might win the Nobel Peace Prize someday 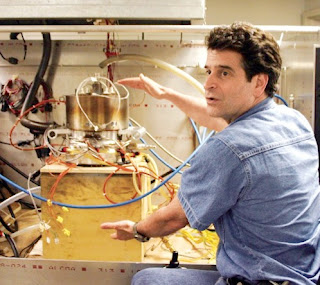 Dean Kamen, inventor of the most kick-ass prosthetic arm currently in existence, has figured out how to convert virtually any liquid into water.

i think it is wonderful that you are highlighting Dean Kamens accomplishments. I love Dean Kamen and his work is true and good.