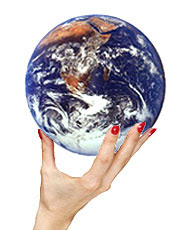 "China will have 30 million more men of marriageable age than women by 2020. Yes, but how many of those 30 million men will be gay?"

Yes, but how many of those women will be gay, too?

Damn, and there I thought I had found the answer to all of China's demographic problems.

Or rather, how many of those women will be promiscuous?

I'm wondering how the surplus of men will affect a society that is becoming more affluent and metropolitan. Much like the modern United States, people may become "serial monogamists", going from one marriage/pairing to another.

Maybe the ethics book news is causing cognitive dissonance because you have trusted the very kind of "rational" or "Englightenment" ethics that these books put forward. But individuals humans are no more capable of behaving ethically based on our own reason than organisms are capable of growing without a genetic code.

For real ethical behavior we need highly evolved morality -- namely, religion. But you are invested in the opposite view -- that ethics is something individuals can reason out on their own largely from scratch. Thus the cognitive dissonance when you see (a relatively quite minor but blatant) example of what this leads to.