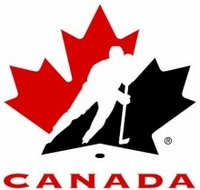 I love this time of year, and it's not because of all the eggnog and drunken office parties. 'Tis the season for junior hockey -- the IIHF Junior Hockey World Championships to be exact. Sweden is the host country for this year's tournament.

This annual championship brings together the world's best hockey prospects (age 16 to 20) to compete for the gold. Many of these guys are first round draft picks and are only a year or two removed from the NHL. This is high caliber hockey.

But unlike hockey fans in most other countries, Canadians take this tournament very seriously. This is not only indicative of the Canadian passion for hockey, but also of the national commitment to developing talent and supporting the minor leagues. And as for the tournament players themselves, it has to be very motivating and encouraging to know that the entire country is watching back home.

Consequently, Canada has owned this tournament since 1990, winning 9 gold, 4 silver and 2 bronze medals over that time. Going into this year's tournament, Canada has won the previous two and have not lost a round-robin game over their past eight matches. The team recently established a new defensive record by not allowing a goal over a span of 234 minutes and an even strength goal over 345 minutes (one game is 60 minutes).

Canada has opened this year's championship going 2-0 and appear to be on their way to yet another gold. Canada produces the world's best players and it appears that they will continue to lead international hockey for some time to come.
Posted by George at 12/27/2006