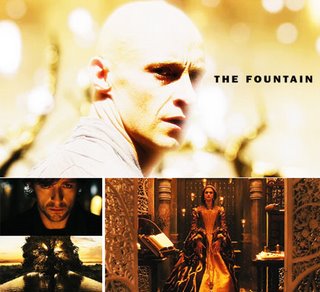 Wired recently published an article about Darren Aronofsky's upcoming sci-fi film, The Fountain. The article, "The Outsider," is a must-read for Aronofsky fans and sci-fi film buffs in general. The film itself should be of interest to life extensionists and transhumanists in general.

For Aronofsky, the seminal science fiction films of previous eras – like 2001: A Space Odyssey and Star Wars – had dared to reimagine space and time. "2001 was the first sci-fi movie to deal with real physics," he explains. "Kubrick introduced his audience to a zero-g world with no up and down or left and right. Then Lucas came along with Star Wars and kicked it all into hyperdrive." He felt that in the past three decades, the visual innovations introduced by these directors had degenerated into a set of stale conventions, particularly an overreliance on digital imagery. After seeing The Matrix, Aronofsky became determined to be the next director to push the genre into new territory. "No matter how good CGI looks at first, it dates quickly," he says. "But 2001 really holds up. So I set the ridiculous goal of making a film that would reinvent space without using CGI."

Seven years later, Aronofsky has done just that. Opening in the US on November 22, The Fountain has already proven to be his most controversial and divisive film. Some early reviews have been scathing, and its first press screening at the Venice Film Festival was greeted by a chorus of boos. The following night, though, festivalgoers gave the movie a 10-minute standing ovation.

You know you're on the right track when they start comparing your movie to 2001: A Space Odyssey. And the fact that some people booed this movie has me really interested. Hopefully this movie will live up to all the hype.
Posted by George at 11/08/2006

I watched it at São Paulo's International Film Festival (it's been on the festival route) and it's certainly a fascinating film. No doubt it'll divide both the critics and audiences (critics are people too of course! Well, just...).

For me it was a very interesting story that thankfully doesn't club you over the head with a simple story line and deliver some sacharrine sweet moral message, as films so often tend to. So it's going to take some thought after the film about what it all meant.

Worth mentioning that Clint Mansell's soundtrack is also haunting, excellent and well matched to the visuals.