Pop Art Gets Proletarianized, or How Technology Will Enable Anyone to Play Guitar Like Eddie Van Halen

Technology changes how art is done and by whom. And it’s only going to get better. Not only will more and more people be able to afford the gadgetry of making art, but the intrinsic ability to create and perform art will be impacted as well.

Ever notice how jazz has suddenly become “high art?” Walk into any Starbucks and you’re likely to hear Miles Davis piped through the sound system as you guzzle your venti latte alongside your fellow sophisticates.

It wasn’t always this way, of course. Like all new art forms, jazz was once was dismissed by a snobbish wave of the hand as being the cacophonous, subversive music of the working class.

It’s funny how art works. At first it’s rejected and regarded as a threat or antithetical version of the established and “credible” art forms. Then, after it gains popularity and becomes profitable, it becomes broadly accepted, refined, and institutionalized (like Miles Davis CDs for sale at your local Starbucks). 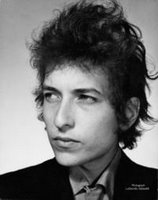 Music in the 20th century has experienced a revolution of sorts, particularly Western pop music. Prior to Bob Dylan, vocalists were all virtuosic in ability; you had to sound like Nat King Cole to get noticed. Dylan, on the other hand, was the everyman singer. He mumbled into the microphone and sounded no better than the guy next door.

But that was the revolution. By showing that good and profound music could be performed by just about anyone, Dylan cast popular music in a new light and gave it a new sense of relevancy for the masses. Music didn’t have to be uber-refined and stuffy – it could be out of tune, off tempo, and a little bit off the cuff and still have strong aesthetic worth. Moreover, performance stars no longer had to be inaccessible and unrelateable prodigies – they could be regular folk just like you and me.

Like anything, there was reaction to this turn of musical events. Prog rock tried to buck the trend for a little while (hey, the common man does not play in 5/8 time, nor does he want to, okay?) but the punk and grunge scenes pierced through this unbecoming upper-class pretentiousness. Consequently, the Nirvana phenomenon resulted in an entire generation of young artists who could barely move beyond three chord patterns.

Hence, your “music for the masses.”

And this is part of the problem when popular music, or any kind of art form, can be performed by anybody. Not everyone is a super-talent, nor can everyone afford expensive lessons. So, as a result, the art form gets dumbed down a little. Okay, sometimes a lot. Like the anti-intellectualism that runs rampant today in Western culture (smart people are geeks, right?), the ability to actually play an instrument with precision and grace is considered pompous and showy.

But a funny thing happened on the way to achieving true music for the performing masses: technology.

In a former life I wanted desperately to get into the music industry. I went to college for 3 years learning how to be a record producer and engineer. I even worked in a studio for a year. I once recorded tracks in a million dollar facility, full of all the bells and whistles you could desire.

Yet, thanks to modern technology and the increasing strength of purchasing power, I actually have a fairly decent home recording studio. There’s very little I can’t do in the confines of my own home that I could do at a multi-million dollar facility. And I think lots of people are getting a hint of this. I have many friends who perform and record music as hobbies – something that would have been, for cost reasons, completely prohibitive as little as 20 years ago. (on a related note, blogs are impacting on how people like myself are able to write and self-publish)

Technology changes how art is done and by whom. And it’s only going to get better. Not only will more and more people be able to afford the gadgetry of making art, but the intrinsic ability to create and perform art will be impacted as well.

Thanks to the pending genomic revolution and the advent of enhancement technologies, the future will have more in store for the aspiring artist. Using genetic technologies, parents will endow their children with a whole gamut of skills and proclivities, including perfect pitch and the physical co-ordination required for virtuosic playing. Like the growing accessibility of musical instruments and recording technologies, musical talent will one day soon become equally attainable.

Once, the masses were merely a passive audience to art as it was dictated to them. Today, they have taken control of art and given it relevance. Tomorrow, they will claim their own art forms and master them with all the tools at their disposal.

And that will truly be music by the masses for the masses.