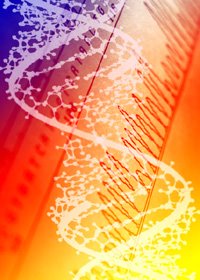 A new article in Astrobiology Magazine expands on this idea by positing the notion the evolution of movement design is deterministic. "A single unifying physics theory can essentially describe how animals of every ilk, from flying insects to fish, get around," write researchers at Duke University's Pratt School of Engineering and Pennsylvania State University. The team reports that all animals bear the same stamp of physics in their design.

Using this "constructal theory," researchers can explain basic characteristics of locomotion for every creature, including how fast they get from one place to another and how rapidly and forcefully they step, flap or paddle in relation to their mass; it is an analytical approach to describing movement, or flows, in nature.

"From simple physics, based only on gravity, density and mass, you can explain within an order of magnitude many features of flying, swimming and running," writes James Marden, professor of biology at Penn State. "It doesn't matter whether the animal has eight legs, four legs, two, even if it swims with no legs."

I am drawn to concepts like these because they help provide scientists (particularly astrobiologists) with a solid foundation from which we can begin to speculate and theorize about exoplanetary life. Constructional theory in particular will assist scientists in describing not just potential physical and morphological characteristics of all existing and potential life, but of all physical limitations as well. These unifying concepts should also help us in the search for how life came about on Earth.

A first step to answering this question would be for scientists to create a rival chemical compound that can do what DNA/RNA can do. If I were a betting person, I'd put my money down that biologists may be able to come up with a synthetic compound, but nothing that would arise naturally or spontaneously (ie without the assistance of intelligence).

Only time will tell.

Tags: Biology, Physics, Life on other planets, Astrobiology, Evolution.
Posted by George at 1/03/2006