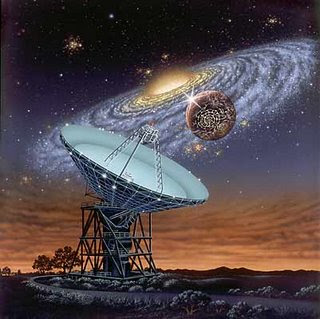 I'm surprised how often the Drake Equation is still mentioned when people discuss such things as the search for extra terrestrial intelligence (SETI), astrobiology and problems like the Fermi Paradox.

Our other option is to cross our fingers and hope that something radical and completely unpredictable lies on the other side of the technological Singularity.
George at 5/31/2007
Share